From the 1920s to the early 1950s, radio was the most powerful and pervasive mass medium in the United States. Comedians were network radio’s most popular performers, and Jack Benny was the most successful of them all. An innovative producer and comic genius, Jack Benny forever shaped American humor with his weekly radio broadcasts and went on to become one of the most influential entertainers of the twentieth century.

Professor Kathryn Fuller-Seeley’s latest book, Jack Benny and the Golden Age of American Radio Comedy, is the first full academic study published on Jack Benny.  In this meticulously researched archival history, released on October 17, 2017, Fuller-Seeley contextualizes Benny’s life and career with thoughtful insights about competing and converging entertainment industries and makes a case for Benny’s relevance as an early innovator of intermedia strategies and branded entertainment.

We talked with Fuller-Seeley to learn more about Jack Benny’s iconic career during this unique period in the American entertainment industries.

Join the Department of Radio-Television-Film for a special book launch event, open to the public. Fuller-Seeley will give a brief talk about her research and screen two TV episodes from "The Jack Benny Program," followed by a Q&A and light refreshments. The event is scheduled to begin at 7 pm in BMC 2.106 (the Moody Auditorium, Belo Center for New Media).

What compelled you to write a book about Jack Benny?

Well, for one the fact that there wasn't one. I loved Jack Benny when I discovered his radio program as a twelve-year-old kid. I got a book about 1930’s popular culture and saw a picture of Jack Benny having a mock feud with Fred Allen, and I wanted to learn more about these guys. It is amusing to think of how difficult it was to find these shows as a kid. I had to save all my babysitting money and find someone who was selling the old Jack Benny shows on cassette tapes. It cost $7 to get one tape with one show on each side. For the same price today, I can go on Ebay and get all the shows burned on a DVD. You can also access digital files of all 750 for free on sites like archive.org.

I was also compelled to write the book because while folks like Susan Douglas and Michele Hilmes have devoted chapters to Jack Benny in their larger histories of radio, no one has really done an entire academic book. After Jack Benny died in December 1974, his manager, his wife, and his daughter all wrote books about him, but there has never been anything else. It was scary to think about writing a book on someone so famous, but I wanted to do it. 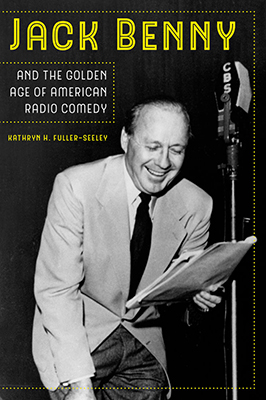 How does Jack Benny represent the golden age of American radio comedy?

He is considered the master of radio broadcasting in its heyday. He was on radio for 23 years and he lasted through the golden age in a way we could think of a talk show host lasting on a show in its same basic format for so long. He was also a master of the medium. He was so good at timing and so good at using the imaginative possibilities of radio’s aural humor. He was also very successful in selling products, and perfectly merged entertainment and commercialism.

What aspects of Jack Benny’s comedic style and production acumen contributed to his legacy as an American entertainer?

The plasticity of the workplace sitcom that he created. The Jack Benny Program broke the 4th wall, using characters who blended their fictional lives and real lives as celebrities. This made the show’s format so flexible that it never got boring. The very elasticity of the format also evolved. Benny and his writers could do movie show parodies, they could comment on the real lives of the performers, they could go on amazing ridiculous adventures even beyond today's television sitcoms--like the Big Bang Theory where friends remain bound to particular places, times and characters.

How did The Jack Benny Program influence the television sitcom genre?

Radio was a huge challenge for vaudeville comics, and forced comedians to develop new ways of making humor. In vaudeville entertainment, you perfected one 15-minute routine, but radio would use up this material in one night and have 52 weekly shows. One radio writer developed an index of 100,000 jokes and would tell a series of jokes every night. Benny didn't want to go that route so during the show he grabbed other people in the small radio studio, brought them to the microphone and engaged them in conversation. He developed characters off the cuff, using the announcer, the singer, the band leader, and the musicians, and made the comedy revolve around their exchanges. This is how Jack Benny became the butt of everyone's jokes, having them punch up instead of him punching down. It was endless humor because you could make fun of Jack’s age, his hairpiece, his cheapness, his cowardliness, and his ego. The program was so innovative and different because instead of just telling jokes, the humor came out of characters.

What makes your account of Jack Benny during this era relevant to contemporary phenomena in the media industries?

Jack Benny was an amazing branded entertainer. He was able to find ways with all his sponsors to involve the product and play with the language so that the advertising turned back on itself. He turned the sharp yelling and very harsh advertising of Lucky Strike Cigarettes into gibberish that made fun of the whole idea of consumerism. He made fun of the idea that we live in a world of consumer goods. In today’s world, when we can click through and avoid advertising, advertisers want to be connected to entertainment, and we can look at Benny as an early example of this kind of branded entertainment.

He was also a genius at intermedia. On his radio show he talked about the process of making films, making fun of himself while making the films and provided enormous advertising that the film industry didn't have to pay for. His most popular films like Buck Benny Rides Again (1940) were all about his radio show and played off his radio persona and made incredible advertising. 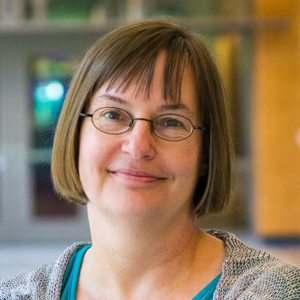 What did you find especially surprising about Jack Benny in your research?

It was surprising to me to find out about all the challenges that Benny faced. Other biographies written about him portray his career as nothing but a chain of success after success. I found he was actually fired by his first three sponsors because he was constantly trying to fight for control over production. He was one of the original showrunners because he was not only a performer, but a producer and director. He was determined to have the show the way he wanted it. This caused him problems, but fighting for what he believed in made it genius.

I was also surprised of how much he was terrified of television. He put off moving to television, and was especially terrified of TV critics. Audiences at the time wanted Milton Berle, Jerry Lewis, and the broad, physical pie-in-the-face style of comedy on little 5-6 inch screens. Benny was a quiet stand-in-place guy, and his comedy wasn't necessarily televisual. People wanted to see his crazy fictional car, the Maxwell, but the only funny thing about his car was its voices. Mel Blanc who famously voiced Bugs Bunny, also voiced the Maxwell's engine. Showing that on TV wouldn't be as funny as what people imagined on radio. Critics raked him over the coals for the first year because people said it was just his radio show on TV. He finally started doing something he couldn't have done on radio. When he made a joke or when something crazy happened, he would turn to the audience with an injured look and put his hand to his cheek and didn't have to say anything. That silence, breaking the fourth wall, and his injured look was a totally visual thing that was hilarious. He could milk a mediocre joke and make it fantastic. Then the critics called him a genius for finding this way to be televisual.