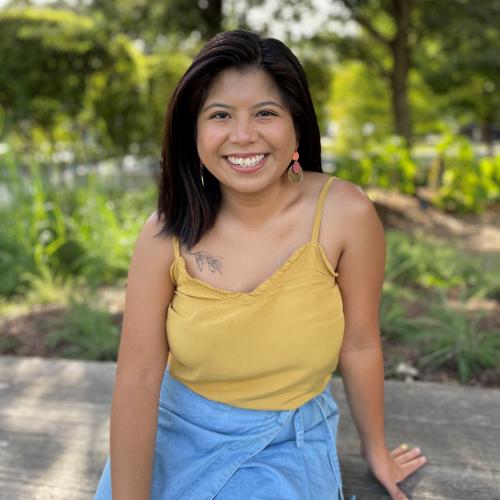 Fatima Wood was born in Marikina, Philippines, and grew up in Fort Worth before moving to College Station to attend Texas A&M University. In 2019, she earned her Bachelor of Arts in English and International Studies – Commerce. Fatima’s research interests include Asian-American representation, media consumption by first and later generations of Asian immigrants, and how the regional locations of these diaspora communities influence the way they express their cultural heritage. She has written essays on the formation of Filipino-American identity and the role that food plays in expressing Asian and Asian-American heritage. Outside of academics, Fatima enjoys cooking, listening to music, coffee— or tea— with friends, and rereading her favorite books for the thousandth time.