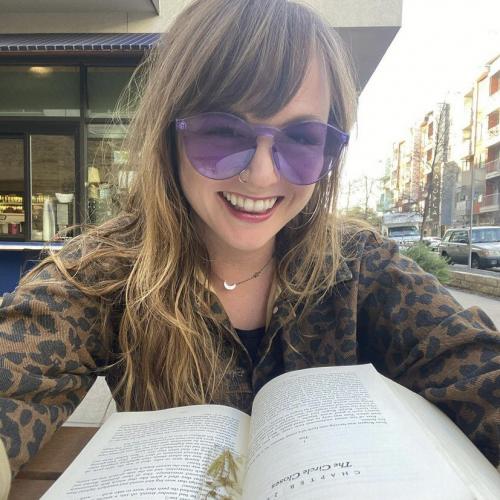 Sam is a born and raised Texan who graduated from the University of Texas at Austin in 2014 with a BA in English. After graduating, she began work at Austin Film Festival where she worked full time in various roles over the course of five years, most recently serving as the Conference Coordinator, producing the organization’s annual Writers Conference alongside the Creative Director. She now works full time for the Austin-based creative production company Revelator where she is a Project Manager, serving as a primary point of contact for clients and overseeing film projects from pre-production through post. In her free time, Sam enjoys reading horror novels, binge watching old television shows, and mastering the art of the stovetop steak.

Once Robert Plant asked her where the toilets were during an event. This remains her crowning achievement to date.