Jennifer Howell described her experience working with the creators of the comedy show South Park, her work as the head of comedy development at Paramount TV and the step-by-step process of developing television programs. 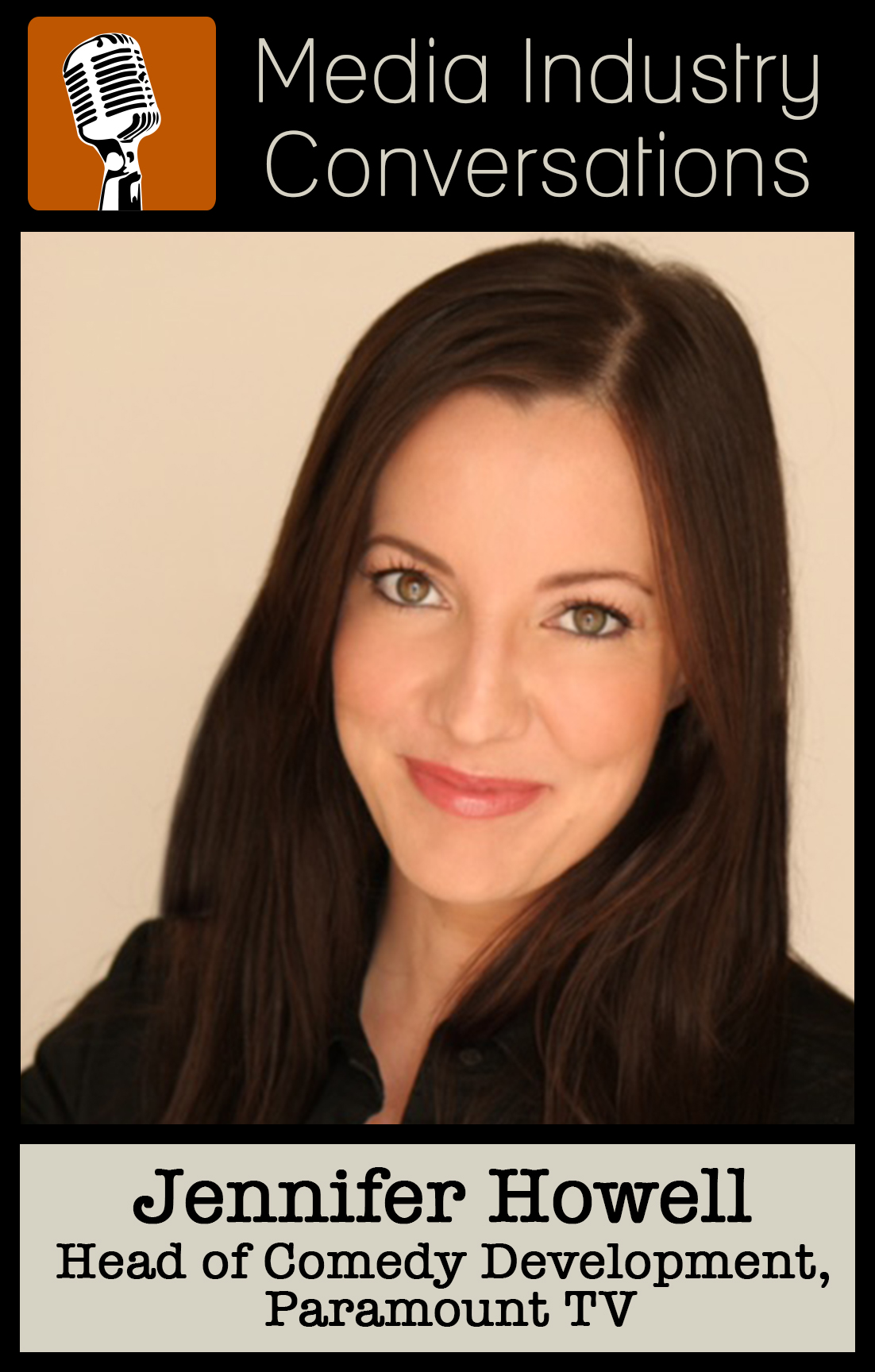 Jennifer Howell is a Senior Level Television and Feature Film Creative Executive with a wide range of experience developing television shows and films, creating partnerships, leading teams of other executives, writers, and producers for nearly 20 years.

Howell currently serves as the Head of Comedy at Paramount Television where she develops and sells half hour and hour long series to broadcast, cable and streaming networks. In her year and a half at Paramount, she has set up several comedies including; Soapdish, Grease: Live, First Wives Club, Kid Boss, Bajilllion Dollar Brokers, and School of Rock; the last two of which were sold straight to series. She has also set up dramas including, Shooter, The Truman Show, and Three Days of the Condor. Howell is known for her ability to craft strong pitches and spot emerging talent, as well as work alongside the best writers, directors, and actors in the business.

In 2008, Howell joined 20th Century Fox Television to create and head their Animation Department. While there she oversaw the Development, Current Programming, and Production of all Animated shows. She launched several series for Fox including; Bob’s Burgers, The Cleveland Show, Napoleon Dynamite, Allen Gregory, Murder Police, and Sit Down Shut Up. She also developed and sold animated series to cable networks TBS and IFC (Neighbors From Hell and Out There), as well as resurrected Futurama for Comedy Central after the show was cancelled by Fox after 5 seasons.

In addition, Howell created and launched Fox Inkubation – a 20th Century Fox Television and Fox Broadcasting joint initiative to find and cultivate talent and produce shorts with the goal of adding to Fox’s already successful animated line-up. 60 plus sets of shorts were produced.

Prior to 20th, Howell ran Matt Stone and Trey Parker’s Feature Film Company, Important Films, under their 1st look deal with Paramount Pictures. This followed a 10- year stint as a Producer on Stone and Parker’s South Park, as well as Team America, That’s My Bush, and South Park: Bigger, Longer and Uncut.

While at Important Films, Howell set up several movies alongside Stone and Parker, as well as, contributed to the pre-production on The Book of Mormon. As the Supervising Producer of South Park, Jennifer Howell was charged with all aspects of producing the show, along with daily presence in the writer’s room. She won an Emmy Award and the Peabody Award in 2005.

In 2004, Howell, alongside Stone and Parker, produced the critically acclaimed feature, Team America for Paramount Pictures. In 2001, she produced Comedy Central’s That’s My Bush, and in 1999, Paramount’s feature South Park: Bigger, Longer and Uncut, all while simultaneously producing South Park.

Howell began her career in entertainment as a Film Major at The University of Texas at Austin. She worked as a production assistant on such movies as; Waiting For Guffman, Michael, and Courage Under Fire. After graduating Howell moved to Los Angeles and almost immediately began working with Stone and Parker when she was hired as Trey Parker’s assistant on Orgazmo. As an invaluable part of the team, she was asked to join South Park as a producer when the pilot was picked up to series.

Howell has served on the College of Communication’s advisory board at The University of Texas for the past 4 years and also serves as a mentor for the JHRTS program. She lives in Los Angeles with her husband and two children.