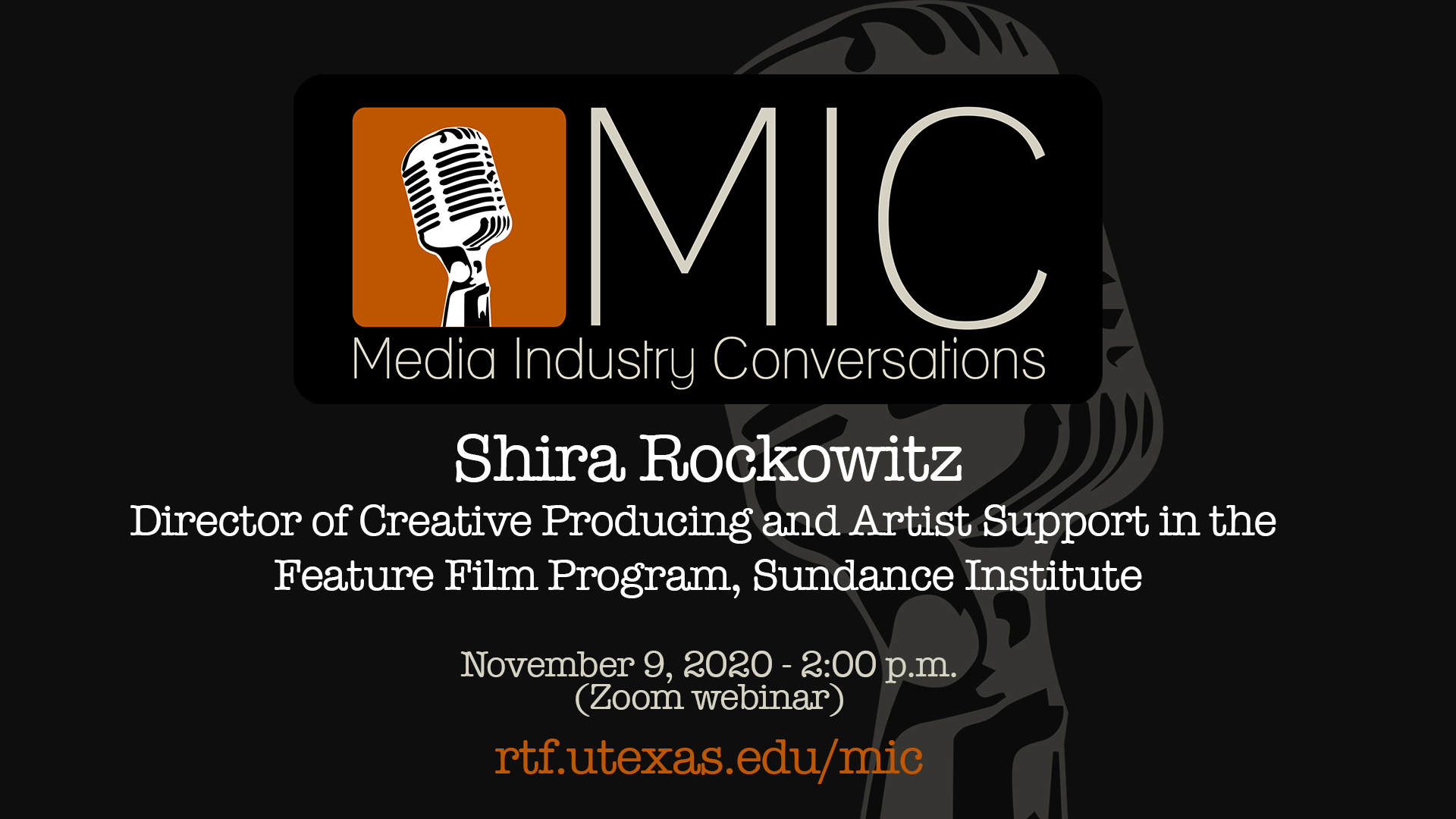 Please join us for a Q&A session where we discuss Shira Rockowitz’s career trajectory, her roles and responsibilities as the Director of Creative Producing and Artist Support in the Feature Film Program at Sundance Institute, and her views on the current state of the media industries.

As Director of Creative Producing and Artist Support in the Feature Film Program at Sundance Institute, Shira leads the organization’s strategy for supporting emerging independent fiction producers, screenwriters, and directors. Prioritizing inclusion and underrepresented voices, she devises programs that encompass creative/professional development, granting, mentorship, and industry engagement to help artists advance their work and build enduring careers. She launched the pioneering FilmTwo Fellowship, a career sustainability-focused program that supports artists developing their second features, and plays a key role in curating Sundance Catalyst, an innovative program that connects independent filmmakers and investors to open new pathways to production. Recently supported films include Nine Days, The Farewell, Sorry to Bother You, We the Animals, Patti Cake$, and Swiss Army Man. Previously, Shira was Director of Development and Production at Exclusive Media and a co-producer on John Carney’s Begin Again. She has also held positions at New Regency, Paramount Vantage, and Fine Line Features / New Line Cinema. Shira is a graduate of Northwestern University and holds an MFA from the Peter Stark Producing Program at the University of Southern California, where she is an adjunct lecturer.